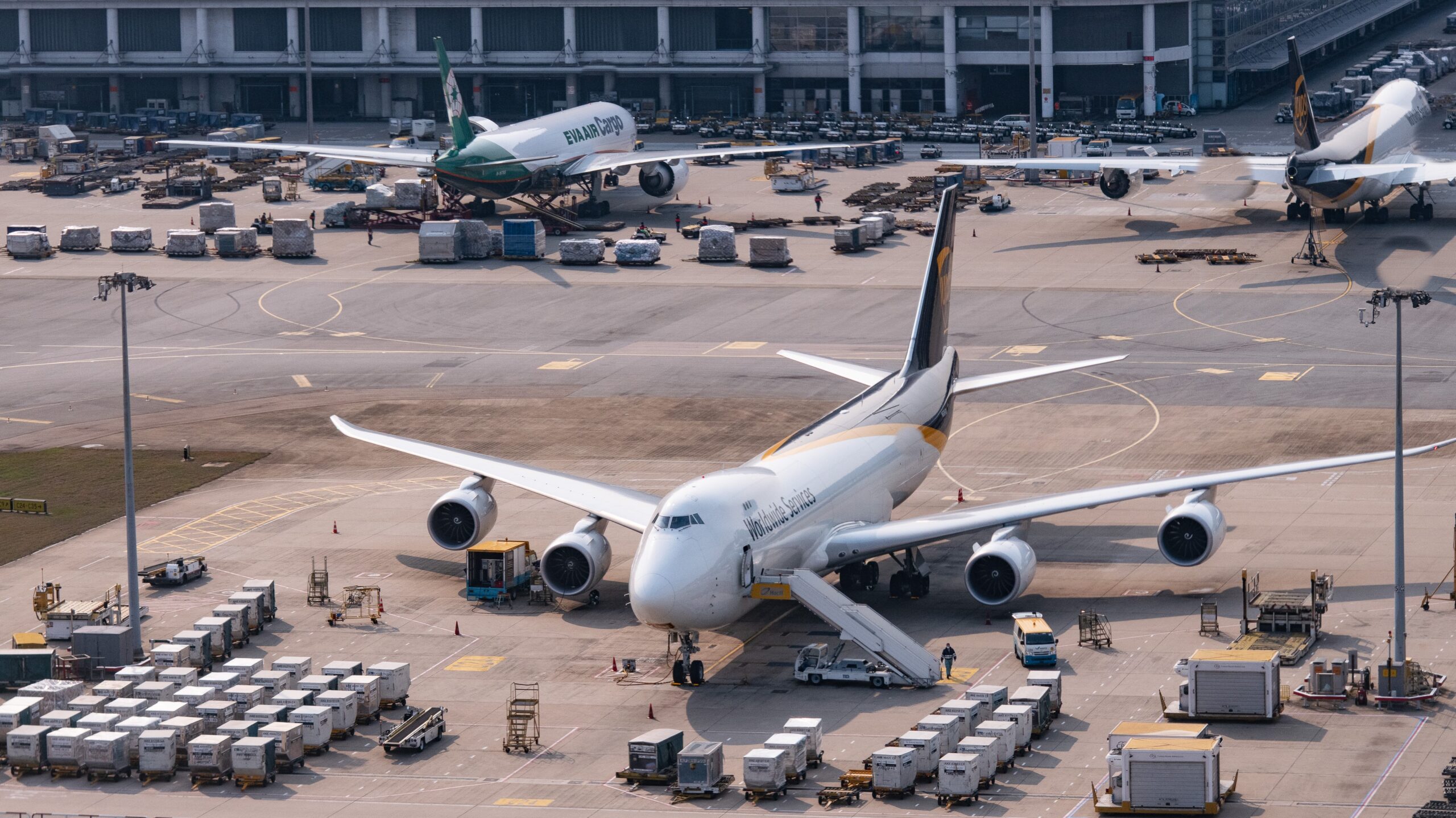 Covid lockdowns and virus-related freight surges in 2021 influenced the final ‘premier league’ table of the world’s top 20 cargo airports in 2021 (see chart at end of article).

Global economic shocks, China’s Covid lockdowns and the war in Ukraine will similarly impact 2022’s final running order. As we enter the fourth quarter of 2022, we can take a glimpse at cargo flows so far.

Airports Council International (ACI), which collates and publishes the top cargo throughput numbers, said that the gain can be attributed to “improved economic conditions that drove an increase in demand for consumer goods and pharmaceutical products, such as personal protective equipment (PPE) and vaccines”.

There is an element of double counting in cargo airport figures, as one hub’s export volume is another’s import, but unlike passenger statistics, most airfreight consignments are one way, providing a truer picture of performance.

Top of the pile

Hong Kong International Airport (HKIA) regained its long-term number one cargo hub position in 2021 with just over 5m tonnes, dislodging US rival Memphis airport which temporarily moved up from its traditional second place.

That 2021 Hong Kong tonnage throughput was a 12.5% increase over 2020 when it slipped behind Memphis. In 2020, Hong Kong was just 145,000 tonnes shy of the volumes handled by the US megahub for express and e-commerce giant FedEx.

Hong Kong, with four cargo terminals owned by different operators, had its problems with Covid restrictions in 2021 and some of that turbulence continued into 2022.

But Hong Kong has fared better this year than Shanghai airport on the Chinese mainland which, despite its third place in 2021 with an 8% rise to just under 4m tonnes, has been hit in 2022 by repeated air crew quarantine lockdown issues due to Covid.

So how is the 2021 cargo king doing in 2022? When HKIA reported its August statistics, it said that Hong Kong cargo throughput dropped 11.1% to 2.8m tonnes over the first eight months of the year. For comparison, Memphis recorded a 10% fall this year over the same period.

“Cargo traffic to and from key trading regions in North America and Europe registered the most significant decreases.”

While caveating that it was difficult to say what the remainder of 2022 holds for Hong Kong and the rest of the global airfreight industry, Watts says: “We are cautiously optimistic that there will be a solid peak this year. We are nevertheless mindful of the global economic headwinds, it is a different environment this year and it is unlikely the peak will be as deep or as prolonged as 2021.”

The big question is when will China, the factory of the world, open up fully without local lockdowns?

One view expressed at an airport megahubs webinar organised by OAG is that the Beijing government will open the door on or shortly after the Chinese New Year celebrations in late January 2023, starting the year of the water rabbit, which is associated with an upsurge in opportunities.

Pulling that particular rabbit out of the hat will, according to speakers at the OAG seminar, allow the growing Chinese middle class to spend their dormant financial power built up during the pandemic.

That sounds like good news for the aviation industry and airfreight hubs as the global bellyhold network regains impetus.

Elsewhere in Asia, Singapore’s Changi airport registered 469,000 tonnes for the second quarter of 2022, a year-on-year decline of 1.4%, with Covid-19 lockdowns in China and the war in Ukraine disrupting supply chains.

The top five air cargo markets for the quarter at Singapore were China, Hong Kong, Australia, the US and Japan.

Tokyo’s Narita saw its first eight months volumes for 2022 down by 3.6% versus a particularly impressive prior year.

Taking a broader view of the top 20 cargo airport results for 2021, the largest percentage increase in volumes was by Narita, which achieved a 31.1% rise, followed by 26.7% for Chicago and Singapore at 24.8%.

The only airport in the top 20 to register a decline was Memphis, down by 2.9% over prior year.

When considering percentage increases in volumes for 2021 versus 2019, based on ACI statistics, Chicago, Anchorage, Taipei, Los Angeles and Tokyo registered the highest rises, ranging between 44.3% for O’Hare and Narita at 25.7%.

For Hong Kong SAR and mainland China, the running order after Hong Kong is Shanghai, followed by Guangzhou and Shenzhen.

For Europe, Frankfurt is still number one, followed by Paris CDG, Amsterdam Schiphol and Leipzig.

After a strong cargo performance in 2021, the airport authority said that the decline was mainly attributed to the airspace restrictions following the war in Ukraine, as well as the numerous lockdowns implemented in China.

One indication of what the future holds for Europe’s number one freight airport is that Frankfurt-hubbed Lufthansa Cargo continues to invest in its freighter fleet, adding four Airbus A321 converted freighters by the first half of 2023.

That can only mean more volumes for Frankfurt in the 2022 league table after staff shortages saw some passenger airlines and freighter flights cancelled at the airport in July.

Fellow German hub Leipzig saw first-half 2022 freight volumes increase by just 0.2% to 767,560 tonnes, which is a slowdown in growth from the 7.3% rise in the first quarter of this year.

But those quarterly results have to be seen in the context of Leipzig setting a new cargo handling record in 2021.

Freighters accounted for 65% of total volumes, and the remainder in passenger aircraft bellyholds.

The airport put these results down to a global downturn in airfreight and, coyly, “the loss of volumes from a large carrier operating from Russia”.

Anne Marie van Hemert, head of aviation business development at Schiphol Airport, said that there was a “tight capacity situation” where the pick-up in passenger airline operations again meant that scarce capacity has to be divided between cargo and passenger aircraft operators.

Schiphol management is going to focus much more on sustainability and digitalisation in cargo operations, creating a seamless process through its Smart Cargo Mainport Program offering a range of digital solutions.

The gradual return of passenger flight networks was one theme picked-up by the OAG webinar, with the anecdotal observation that passengers are taking less baggage with them, partly because of delays in airport security checks but also because they fear that suitcases will get lost in transit.

And with global economic pressures bearing down on consumer spending, the observation was made on the large number of empty seats in economy class, especially for those flights operated by major carriers to maintain aircraft slots at key hubs and so as not fall foul of the ‘use it or lose it’ rule.

This is probably a temporary response to the challenges faced by the aviation sector, but less passenger baggage does offer up the prospect of more capacity for bellyhold cargo, assuming airfreight demand does not decrease sharply.

It is hard to predict what the top 20 cargo airport league table will look like for 2022, but there are unlikely to be major changes at the upper end, while new challengers may push their way in lower down.

The headwinds facing all major cargo hubs are whether higher jet fuel prices, interest rises and a continued conflict in Europe will see a steep economic downturn.

But, as highlighted by IATA’s head of cargo, Brendan Sullivan, e-commerce is thriving while Covid restrictions are easing.

If China and India’s aviation sectors return to a near normal, with a gradual revival rather than an opening of the floodgates, then these will see cargo volumes rise.

There is a mismatch in gearing that could hamper development.

Airports can invest in new infrastructure, apply new technologies and train staff at a slower rate than airlines can expand their flight schedules and networks, but the basic interconnectivity remains.

Those hub airports with full passenger networks and freighter services will continue to prosper.

The airport ground handling sector in September saw Singapore-based SATS make a proposed €2.5bn takeover of global rival WFS in a deal due to complete in March next year.

WFS will become a wholly-owned subsidiary of SATS and create a global leader in aviation services with more than 200 stations in over 20 countries, covering trade routes responsible for over 50% of global air cargo volume.

This mega deal comes after ground handlers worldwide had to adapt rapidly to the difficult challenges produced by Covid, with staff shortages and the manual loading of cabin cargo in preighters.

What this SATS and WFS fusion will mean on the ground and how airlines and airports will react to this new giant remains to be seen but the sector will probably see a push for more efficient processes on the ramp.

The large global hubs will also have to prepare for a rising demand for sustainable aviation fuel (SAF), which is just one element of a greener aviation industry and another future challenge for airports.

The one thing we learnt from Covid was that airports can overcome operational bumps in the runway, but the challenges of a potential global economic downturn will be a different test. 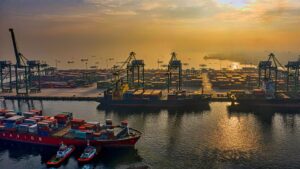 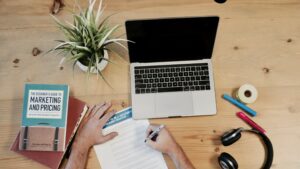 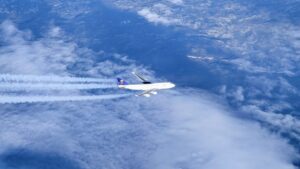 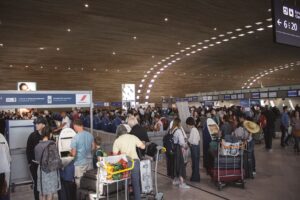 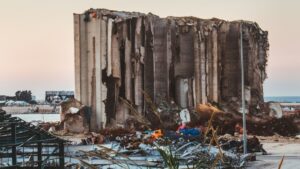 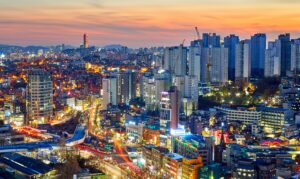 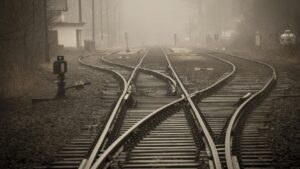